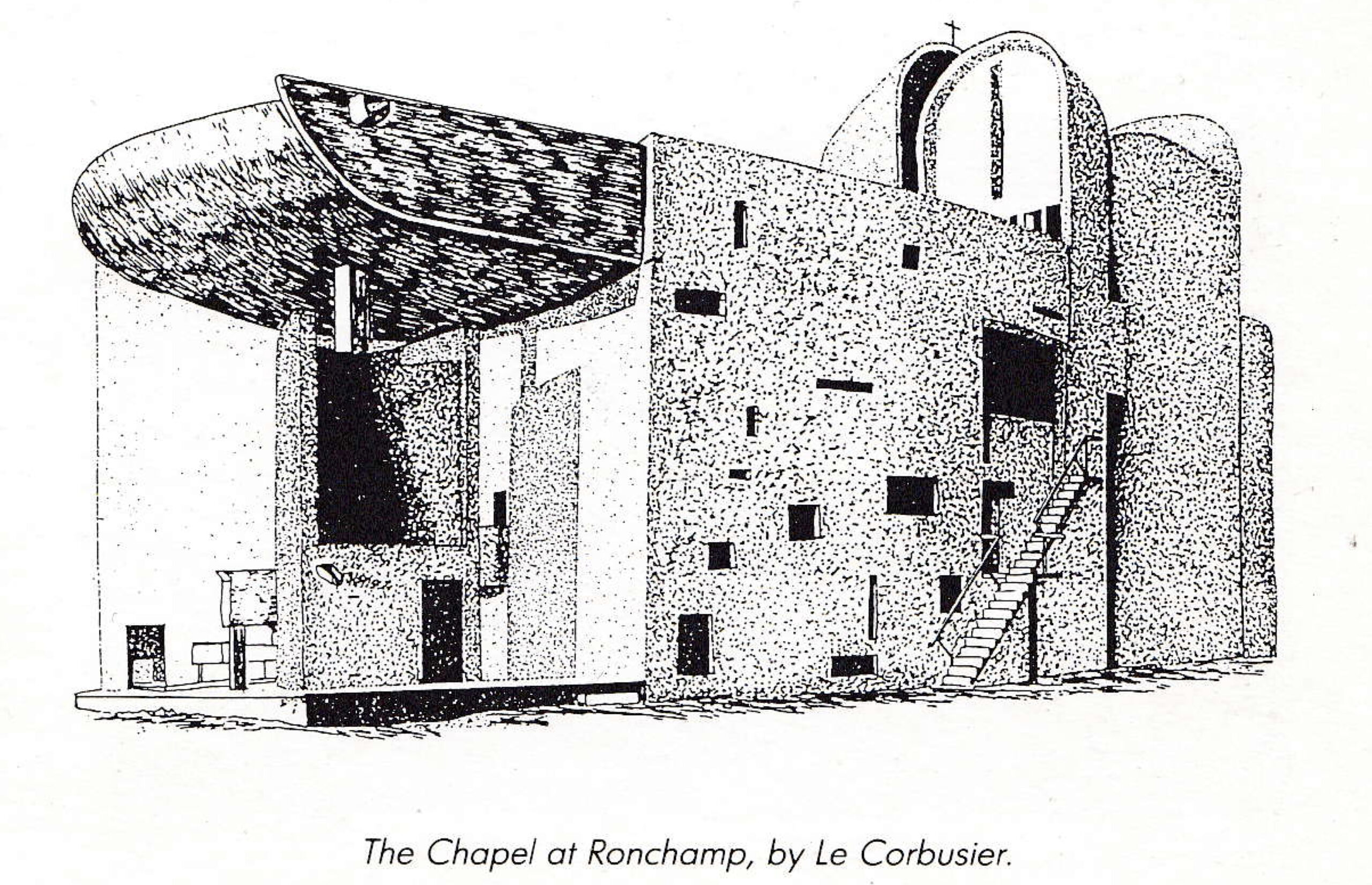 Almost a thousand years ago, the Ibadhite, a non-conformist opinion of Muslims who were descendants of the Kharidjite-Kharidji, came together during quarrels between rival groups of Muslims after the prophet Mohamed’s death in A.D. 632. They were persecuted and banished from Arabia by rival groups ostensibly for preaching a different version of the Islamic faith. A comparison can be made with Puritans in the Western world and the Ibadhite in Africa.

After a series of attempts to settle in Maghreb, the Arabic name given to North Africa, the Ibadhites finally escaped persecution by finding sanctuary in the M’zab valley. No one, it is thought, had tried to live there permanently before, and it was probably for this reason that the Ibadhites escaped further attention from their enemies who believed that going into M’zab meant certain death.

The M’zab is an Arabic name which means : water collector. The region consists of a rocky plateau of hard limestone cut by a series of wadis or rivers : the resulting form is something which looks like a Chebka or net which is the second name that local people gave to the valley. Paul, a French sociologist talked of the M’zab as «…a desert within a desert ». It is a difficult site from almost every point of view : the climate is extreme, the soil is poor, water is far below ground level, and communications are difficult. It rains on average twelve days a year, with temperatures of 33°C in summer and 1 °C in winter. The sun is very hot and often luminous ; shade in the hottest part of the day is a necessity.

When the Ibadhites settled in the valley, their first concern was to harness and collect water. Their second preoccupation was to construct buildings for shelter and defence. The Ibadhites built up an amazing harmony between buildings and natural surroundings. The basic planning of the M’zab valley consists of three elements : a fortified K’sar, sometimes called a Winter town, an Oasis containing a palm-tree plantation, which could include summer houses, and a Necropolis. The K’sar was either situated at the top of a hill or on the edges of plateaus, while palm trees forming palm graves were planted in the bed of the wadis below. The Necropolises could be located either on the plateau or in the wadis.

Using this principle the Ibadhites founded five K’sars in the valley, and two more outside. The first K’sar : EI-Atteuf, which means mercy was built in 1011. Bou-Noura meaning flower was the next to be built in 1045, then Ghardaia was built in 1053, which later became on the capital of the valley. Ghardaia took its name from Daya a woman who was living nearby in a Ghar or cave. Melika meaning the queen was built in 1124, and Beni-lsguen considered as the holy town of the valley was built in 1347. Berriane and Guerrara were added in the 17th century, on the plateau some 50km further North.

The five town groups are linked by an elaborate hydraulic System, which follows the course of the wadi. It consists of barrages built across the latter to create surface and subterranean reservoirs. Rainwater is guided from the barrage in the crevices of the chebka to a depth of 80-1 20 meters, or straight into the gardens of houses through an ingenious network of irrigation channels called souagui. The water is driven from the ground reservoirs through wells. More than three thousand wells were built over a period of time.

The vegetation is typical of an Oasis, the gardens of the M’zab once covered more than 1,000 hectares and boasted some 110,000 date palms. They played an important role in the life of the Ibadhites; firstly the palm trees provided the main elements for construction, secondly they provided protection against climate, heat, glare, wind force, dust, soil erosion and thirdly the fruit of the palm was used for trading purposes. The greenery of the palm trees provided a beautiful contrast with the colour of the site and the buildings. The palm trees supported smaller fruit trees and vegetables beneath. Although the K’sours, plural of K’sar, were built at different times and in different locations, they all share the same urban structure and urban elements. To start with, sites were originally chosen for defensive advantage. K’sours were built on elevated points, which also saved the flat land for agriculture. They were mostly situated within walking distance of each other. The Ibadhites built a mosque on the highest point of land. They then built courtyard-houses in a form of concentric bands falling away from the central mosque and its dominant tower. The limits of the town were set by fortified houses in the case of Melika. A close texture of streets, romps and steps was broken only by open markets and alcoves sheltering public wells. These dense concentric forms clustering round the mosque served not only for climatic and defence purposes but as a response to the strong cultural and communal ties of the M’zab people.

Change over time has inevitably broken the harmony between moon and landscape in the M’zab. Many factors contributed to the disruption of the valley : it started naturally with increased trading and movement of people. When French colonists arrived they mode the valley into a military centre, a watch place from which troops could be sent out to calm any rebellion by local people. An alien culture was established with a variety of military camps and hospitals, religious missions and schools. Further dramatic changes occurred with the discovery of a huge stratum of water to a depth of more than 400 meters ; this accelerated development considerably. The discovery of oil in the region brought a new focus of attention to the valley. Considered previously a waste land by the central authority it suddenly became an immensely valuable asset to Algeria. The isolation of the valley began to change; communication Systems were set up inking the valley to the rest of the world, resulting in an increase in population through mass migration. This in turn also created the need for more houses, services and facilities.

When Algeria became independent in 1962, large building programmes were set up by the Government to service those needs. Unfortunately these programmes were associated with a modem style of architecture based on mass production methods which were totally at variance with the environment. The palm graves were cut down to leave space for construction sites. This not only exposed people to the effect of the extreme climate but also broke close relations between people and their environment. The need for wide streets led to widespread destruction of the K’sours end new rectilinear housing replaced the old houses in a most inappropriate manner.

Ironically, prestige now seemed to be more important than function.

A collection of writings, design sketches and references by Le Corbusier demonstrates a connection between Ronchamp and the M’zab. Among these references was the trip that Le Corbusier mode to Algeria in 1931, when he also visited the M’zab valley. Many sketches and writings, marking out the itinerary of this trip show me fascination that the M’zab forms exercised his imagination.

Le Corbusier said of the M’zab « The M’zab is the land of thirst and death. The Mozabites, the name given to M’zab people, persecuted heretics, driven in exile from Islam, arrived at length info territory so far off and terribly barren that they were left alone. They were no longer hunted down for ït was assumed that hunger and thirst would finish the work of destruction. This was a thousand years ago ». He a so said « I knew one of the cities called Ghardaia. I went there in August; the heat was terrified, but as soon as one stepped among the date palms, and the foilage of apricot, peach and grenadine one felt a sensation of well being and freshness, a delightful spectacle of water and verdure. Four thousand wells hollowed in the rock to the depth of 80 to 120 meters; 90,000 date palms, planted to provide daily food; not to speak of the houses of the oases, mode of earth shaped by hand and constructed according to plans of striking efficacy and responsiveness to the sensitive desires of the soul ».

His sketches show the relation between volumes, the display between light and shade, details of housing organizations, the courtyard, the arrangements and the principles of managing light. He was particularly interested in how the openings, like loop holes with deep ebrasures, were distributed with great economy in thick walls, thus providing inside the building an amazing freshness and defused light quality.

The comparison between this type of opening with those of the South wall of Ronchamp is remarkable; here this principle precisely controls the luminosity inside the chapel.

In some of his sketches, he notes that certain of these « loop-holes » serve as niches for storage shelves : this is also repeated in Ronchamp in the thickness of the Southern wall, and also in the outside of the East wall, where there are curved cavities containing objects of worship when Mass takes place in the open-air.

In M’zab the thickness of the walls and the size of opening is used to protect the occupants of buildings from the heat and to provide shade ; Ronchamp on the other hand uses these devices for diffusion of well calibrated and diminished light. This effect is particularly striking at the famous wall, ‘abutment’ to the roof mass above.

The mosque of Sidi Ibrahim at El-Afteuf, had a profound influence on Le Corbusier. It was a place of pilgrimage like Ronchamp. The form of the mosque was subject to the puritan doctrine of the Ibadhite which regulated and defined all aspects of social relationships and found expression in a non decorative architecture of great simplicity and beauty. It was situated on a terraced plateau following the edge of a wadi. The form of the mosque appears to result from site constraints and the necessity to have the main entrance placed on the West wall. Blocks of limestone were used for load bearing walls, supporting a ceiling made of palm tree trunks covered with palm ribs, flat stones, palm sheets covered by rammed earth. In the garden the walls are mode of mud bricks mixed with straw bound with sand and clay. The length of a mature palm tree determined roof spans and traditional methods of construction described above result in a flat roof. Hollowed out palm tree trunks are used as rainwater outlets; this is obviously reflected in the concrete water spout at Ronchamp.

We should not hasten peremptorily to establish a direct influence between examples of M’zab analysed by Le Corbusier, and the Chapel of Ronchamp. The references from M’zab are subtle and indicate a long gestation period in the mind of the architect before he designed the chapel at Ronchamp.

One final thought : The Chapel at Ronchamp bears comparison with the Glasgow School of Art by Mackintosh. Both buildings contain references to traditional architecture, combined with a play of forms and the effect of light on them. As Le Corbusier says “le jeu savant des volumes sous la lumière.”

Hedna is an Architect-Urban Designer, who has studyied at the Mackintosh School of Architecture, Glasgow.